Schnucks Market was founded over 75 years ago in St. Louis in 1939 and has since grown to have storefronts in five different states. They are offering Schunuck delivery services through InstaCart, which you can access here.

Chances are that if you go grocery-shopping, you’ve visited or at least heard of Schnucks in Missouri, Indiana, Illinois, Wisconsin, as well as Iowa.

The market offers a variety of services to include the Schnucks Bakery, as well as previous diversifications that have made the company what it is today. With positive reviews from happy customers across the region, Schnucks has become a go-to resource for cakes in addition to your everyday grocery shopping.

A Brief History of Schnuck Market

It all started in 1937 when Edwin Schnuck had a meat business that worked to support his family. A couple of years later, Edwin’s wife, Anna, opened a confectionery store. From there, it grew into a true family business that would become Schnuck Market.

The oldest son, Ed, opened a corner store, and their other children and their families also opened additional stores. They worked together as a single corporation although each family owner had a different type of operation.

By 1947, there were a total of seven grocery stores open, and with the success of the budding chain, Ed sold his stores to be able to join in the grocery franchise. The other family members that had other stores did the same thing and eventually became a force to be reckoned with.

In 1952, Schnuck Markets became officially incorporated, and between all of them and their experience, they had a solid start in the grocery business. Their pre-existing knowledge also allowed them to expand on their products to keep the business growing.

During the 1960s, the business continued to grow, and by the end of the decade, there were a total of 10 stores in operation. Schnuck Market had firmly established themselves as a major retailer in the area.

Then, in the 1970s, the company grew yet again, but this time, it diversified its operations in addition to acquiring an existing chain of stores, causing Schnuck’s to double in size. In early 1970, Schnucks also opened a pharmacy, and the rest of the decade included expanding to grocery stores that now included pharmacies, too.

Over the next 20 years, Schnuck’s grew to include manufacturing plants, bakery facilities, and USDA-inspected kitchens that were designed to be a place for specialty item preparation. These facilities included smokehouses, delis, and meat departments.

The company also underwent a transition of management and ownership during that time. The second generation handed the company to the third generation. They rose to the occasion and took over the family company with overseeing operations between the seven total children who were the grandchildren of the original Edwin and Anna Schnuck.

The late 90s led to even more growth as the company acquired nearly 60 more stores in one merger, and then another chain in the late 90s. The current number of stores owned and operated by Schnuck is over 100 so far, and the company is projected to continue growing and expanding in the foreseeable future.

All About the Schnucks Bakery

The bakery is a crowning achievement in the Schnuck Market family, and it can trace its roots back to the original confectionery storefront opened by Anna Schnuck herself. Today, you’ll find a plethora of options to choose from that range from savory to sweet.

All products are fresh and can be ordered online if you were interested in placing an order to pick up at a later time. There is also quite the variety of products to choose from for meals as well as desserts.

A BRIEF RUNDOWN OF BAKED GOODNESS

In bagels alone, you’ll find over a dozen different flavors. They include the classic blueberry and cinnamon raisin bagels as well as more exotic jalapeno and French toast flavors. As they are baked fresh every single day, you can even place orders for platters to bring out at your next morning meeting.

Other baked goods you’ll find include danishes, coffee cakes, and stollens. They are all also made fresh in every bakery, so you can stop by and pick up the perfect morning pastry to go along with a fabulous cup of coffee.

If breads are more your jam, you’ll be happy to know that Schnuck’s bakers rise and shine earlier than the sun to make sure that the breads you see are also fresh. You’ll find traditional loaves, mini loaves, as well as specialty breads in the bakery.

You’ll also see a large collection of sweet treats that are perfect for parties, birthdays, and whatever else you can think of. These include cookies, cupcakes, and brownies. The cookies include more than a dozen different flavors. There are also a myriad of flavors available for cupcakes and brownies, too.

THE CAKES AT SCHNUCKS MARKET

Above and beyond traditional baked goods like the ones mentioned so far, you’ll also find decorated cakes available to order. These can be made to go along with party themes as well as other special occasions.

When it comes to cakes, the crowning achievements are the wedding cakes that you can order from the Schnucks Bakery. There are so many different varieties available for you to choose from that you can rest assured that your wedding cake will be beautiful and memorable, to say the least.

Sweet Cakes by Melissa Price is a small-town bakery making homemade, treats for weddings, birthdays, and other special occasions. The owner prides herself on creating baked goods that make a day memorable.

As far as wedding cakes go, the bakery has also managed to score some major street cred, thanks to reputable sights like The Knot and Wedding Wire having reviews from real people. In one review left on Wedding Wire, Alex writes, “We had a dessert bar of multiple types of cookies at our wedding – in order to keep it on budget we chose to bulk purchase from Schnucks. We were a little worried about how the final product would turn out, but our guests raved about the flavors and how good they were! We barely had any left at the end of the night, and when I finally got to try one I was very impressed – they tasted just as good as those shops that wanted to charge double the price. Loved them and would definitely recommend them for your special day desserts!”

In another review left over on The Knot from Emily, another happy customer, you see that, “Melissa in the bakery made the cakes for our wedding, and we couldn’t be happier with how it turned out. We had a two-tier cake as well as a sheet cake, and both were delicious and beautiful. Melissa listened to our thoughts on the cake’s design and made something that we loved. The cakes were absolutely amazing and were much cheaper than other bakers in town. Working with Melissa was one of the best decisions we made in planning our wedding.” 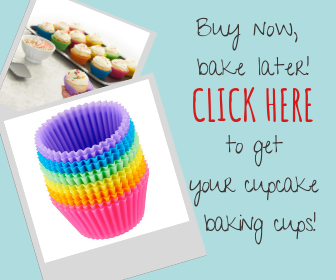 The prices at the bakery are going to vary by order and by flavor. You may also have to pay a fee for a rushed order, and there is no guarantee on whether or not they can even fulfill an order like that.

Sizes and servings are available from 4-inch cakes to full sheet cakes capable of serving up to 90 people. Wedding cakes are priced on a per-call basis as no two cakes will be identical. According to Schnucks, many stores do have a full-time cake decorator on in-store staff, too.

It’s worth noting that they do offer free petite cakes, also known as smash cakes, for baby’s first birthday with the order of at least a quarter sheet cake. You can also have them bake a gender reveal cake if that’s what you’re looking for.

How to Order from Schnucks Bakery

Ordering a cake from the Schnucks Bakery is easy as pie. All you have to do is find the location nearest to you, call them up, and let them know what you want to order.

When you submit your order, you can personalize it to reflect whatever kind of cake you want to have. That includes birthday cakes, graduation cakes, and any other special cake order.

When you order a wedding cake, though, you need to be prepared to go into the store because you’ll need to sit down with the decorator to discuss what you’re looking for. They have a book of ideas for you to look through, too, to help you decide.

A Few Last Thoughts on Schnucks

Schnuck Market has been around for generations and doesn’t show any sign of stopping. They’ve worked hard to build the reputation that they have.

When it comes to ordering cakes, you can also rest assured that you’re going to be getting a quality cake for a reasonable price. They pride themselves on their reputation and insist on delivering the best. The bottom line is that you won’t be disappointed.

« Cuisinart Hand Mixer Review: An Affordable and Effective Solution
What You Should Know Before Choosing Your Bride’s Cake »